Don’t worry if you’ve already broken your New Year’s Resolution to eat healthy, it’s not really your fault! Research shows that we’re programmed to eat more in winter, which is probably why we get those urges to snuggle up in bed with a bowl of gooey mac and cheese or binge on Christmas cake and pie.

Researchers from Exeter University used a series of mathematical equations to check whether animals’ bodies have evolved to store a set amount of fat over thousands of years. Their calculations found that it is more dangerous for animals, humans included, to be too thin and risk starving to death, than to be fat.

We therefore have a strong natural drive to put on weight rather than lose it, and this tendency gets worse when we are surrounded by fatty and sugary foods that the brain just cannot resist. 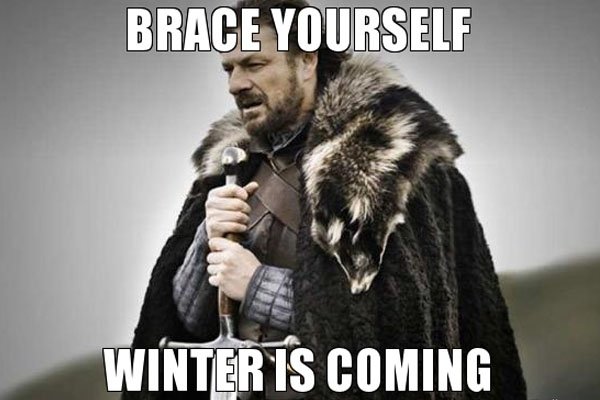 via So Sue Me

The tendency to put on weight gets stronger in winter, to ensure survival.

The researchers developed a computer simulation that found that the drive to top up fat stores and move less was extremely high in winter. For many animals, food is hard to come by at this time, which is why they are programmed to stock up on fat and hibernate.

The researchers suggest that you put off your diet plans till spring!

“All animals, including humans, show seasonal effects on the urge to gain weight,” said Dr. Andrew Higginson. “Storing fat is an insurance against the risk of failing to find food, which for pre-industrial humans was most likely in winter. This suggests New Year is the worst possible time to start a new diet.”

The study suggests that people wait a few months, until April or May, to start dieting.